That New Coffeemaker Smell! When Coffee From Your Keurig Tastes Like Plastic

When your new Keurig tastes or smells like plastic…it can be enough to make the novice owner think this was a really bad idea and succumb to buyer’s remorse, right? Put another way, there’s “new car smell” which to most people, is awesome, but if we’re talking about pod brewers, sometimes (not always – mine didn’t!) upon opening the bag, they smell to high heaven.

But it doesn’t have to be that way.In this post we’re going to look at some possible solutions. Choose one from the list, for whatever your situation is and try it out. This is going to be what I call a “brain dump” of the most helpful products for getting that odor under control once and for all. What Causes That Plastic Smell, Anyway?

It’s not always easy to determine which – some models have very few odor complaints and some, like the Hamilton Beach Flexbrew, seem to have all kinds of mentions about this problem. But we know this can be a problem….so what causes it, before we go any further?

Vocab Time: “Outgassing”
In a word, outgassing….When something is brand new off the assembly line and wrapped in packaging material, all the aroma remains trapped until you, the new owner, has it in your hands and as a result of removing said packaging, you’re probably hit with it right away. This seems to happen with a lot of stuff that is brand new…I know I’ve had items that I would let air out for awhile which seemed to help. The smell just dissipated with time.

But you, you’re probably an eager beaver when you first get your package and you probably are dying to take it for its maiden brew right after you do the preliminary priming step.

Exposing it To Air, or the Light

I’ve read through what seemed like dozens and dozens of posts on this topic, and it always seems to go back to “try white vinegar” Should you go that route? Perhaps, more on that in a minute, but first I wanted to mention that a few people just went ahead and let their new coffee makers sit out for a day or two. One guy said he sat his outside in the sun and let the UV rays take care of the smell.

So that might be something to think about, just let it sit out in the sun for awhile. It’s not like forever, and if you already have an older model you saved as a backup you should be in good hands.

How Well Does Vinegar Work?

OK, back to the white vinegar…Yeppers, the exact same substance used in descaling. How well does it work? It seems like for every 5 people that get some resolution from it there are 5 who don’t. Why is that? Well what I’ve discovered is that the people it worked for had to use a lot of vinegar, like 48 oz, and that means that they had to rinse it out for equally that amount of water.

I wasn’t sure vinegar was the best approach as it is made to remove mineral scale, not remove odors, so much, but vinegar has so many excellent household benefits I can see why people would go to it. Also the people it worked for, sometimes they had to be sure and rinse it out very well, and in a few cases, repeat the procedure. Have You Tried Vodka?

I’ve heard some people got some relief from the smell by doing a vodka rinse.  Get some cheap vodka and use a ratio of water equal to it. or you could pour it in full strength and , on a paper towel or similar and run up and down the sides of the reservoir inside.

This kind that comes from the drugstore, I have heard good things about it too. Pour half a bottle and dilute with an equal ration of water and do the flush until you notice no traces of odor -alcohol OR plastic.

In this case, alcohol CAN be a solution to life’s problems –  if it’s a smelly coffee maker!😁 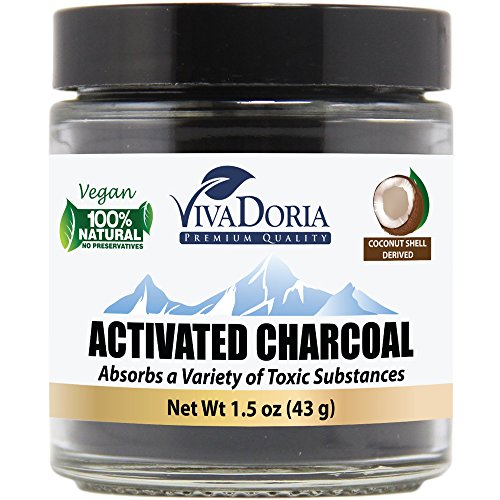 The one product I think people should try is this- food-grade activated charcoal. This is a product that so many people are raving about in their personal care repertoires, but did you knew that charcoal is one of the best deodorizers out there? After all it is the “thing” that is found in the little sachets that go into your reservoir water filters – because charcoal water filters are already easy to acquire and commonplace, I think that’s why I don’t hear a lot of people talk about using it for getting the smell out of their new Keurig. I did hear a few story-based comments form people who used it to rinse out their reservoirs and it was the best thing ever.

I knew about charcoal as a deodorizer from way back when I had some old briquettes lying around I didn’t want to toss and ending up putting them into little bitty storage containers with holes punched on top, in place of air fresheners. I change them out every 6 months. But for this, you need to look for food grade activated charcoal. If your new Keurig didn’t come with a water filter assembly (most of the new ones do, some but not always.) best bet is to put a three quarter teaspoon of activated charcoal into the reservoir and add enough water to fill tot he line and run a cleansing rinse.

The person who mentioned this is also named Jennifer, I found her comments on Youtube, I would like to give her credit for this tip- including the part about three-fourths of a teaspoon.

Anyone up for this one? Lemon juice is highly acidic so it is best diluted. In my experience it does get rid of foul odors in your kitchen. I sometimes use it in the sink drain . Only thing is the foul odor per your new keurig is not one of the same variety, it’s a plastic one, which is a different ball game.

It’s one of the best household deodorizers out there, so I am not surprised when I hear someone mention they had success with baking soda. A teaspoon mixed in some warm water so it will dissolve, and run a cleansing rinse.

Learn How To Clean A Mini Keurig Brewer Like A Boss!326 Total Shares