The Keurig Vue in a Nutshell

My friendly neighbor owns a V600 series unit. I have a photographic memory for these kinds of things. It resembles a black cube that sits on the countertop and a glossy finish.

Yeah, I know that doesn’t sound very sexy, but apparently it does work well and it’s quite the star performer.

I couldn’t help but notice that the ratings for the Vue were a little lower on average and I wanted to do some exploring to discover what an otherwise satisfactory Keurig generation got bumped down for.

What I discovered is that while this brewer series works great the BIG problem, as I see it , is that people who are fortunate enough to still own a Vue today are having a heck of a time finding the correct pods.

In a hurry? ==>See the best Amazon deals on the Keurig Vue Series !

Advantages of the Keurig Vue Series The Vue series came out around the 2010s and combined the convenience of on-demand brewing with some beneficial additions. Like the 2.0 series, they feature a touchscreen (the V500 shows a black and white; and the later 600/700 a color one) with icons that represent different customizable options.

One of them is temperature control, which has a max threshold of up to 197 degrees F. You can set or adjust the time for energy saving mode, auto-shutoff, and select coffee/tea or hot cocoa settings. There’s also the “strong” option that can be de-selected as desired.

The Vue has corresponding beverage type settings built in that you can select from via the touchscreen. The touchscreen icons match the V-cup symbols, making it a snap to set it up, just like the current 2.0 settings have.

Generally, what drove down the overall rating has not been the quality, but the difficulty in locating the corresponding pods. It seems to be a major thorn in the side for those who otherwise enjoy everything else the Vue has to offer.

Why Was the Keurig Vue Discontinued?

And now to the part you’re really wanting to know about – The  Keurig Vue series was discontinued in 2014 and a look at the company website confirms this. This is because its successor, the 2.0 series, “usurped the throne” so to speak, and because the 2.0’s have all these unique features like the touchscreen, customization, and ability to brew larger sizes, it rendered the Vue as “redundant”.

Now in spite of that, can you still purchase a Vue? Absolutely. While they may be less abundant now, I did find a few listings, both new and used. Here are two of the latest: 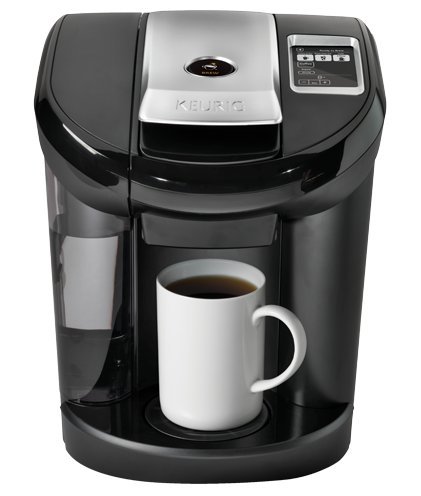 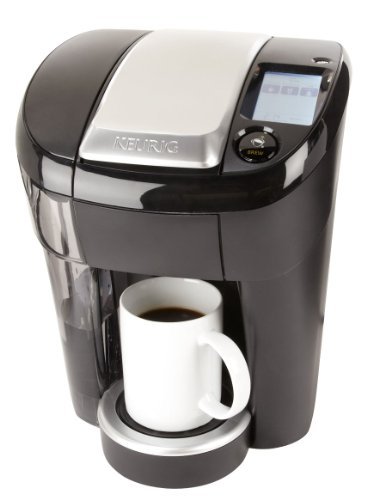 Should you? Yes if you understand going in that it’s going to take a little more legwork finding the compatible pods,

Does the Keurig Vue Use K-Cups?

No, it works exclusively with Vue cups (or Vue packs as they’re sometimes called.)  These pods are unique looking with a “lip” shaped design, which allows water to flow around the “lip” area and allows for good “percolator” action and better taste. I really like the elegant looking black box  they are packaged in. The trick is finding a good selection of them.


Also, no, you cannot use those made for the Keurig 2.0’s. either. Thankfully,  you can still find Vue pods on Amazon and while the prices may have creeped up a bit due to supply and demand, no doubt, there are other good options to consider when bridging the gap between the brewer and its stricter requirements, such as refillable cups that are compatible, as well as adapters which will “convert” regular k-cups into being Vue-friendly.

Who is in the Keurig Vue Family?

If you’ve already got a Keurig Vue series brewer, you may be struggling with locating just the right accessories that will work with it, as they, unfortunately are not interchangeable. The Solofill V1 s one of the best choices if you are seeking a reusable coffee filter. The K2V cup is an adapter that lets you use any of your standard K-Cup pods in your Keurig Vue. 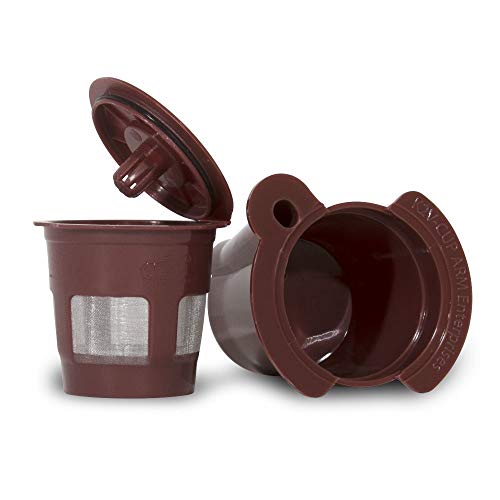 K2V Cup from Perfect Pod, compatible with the Keurig Vue 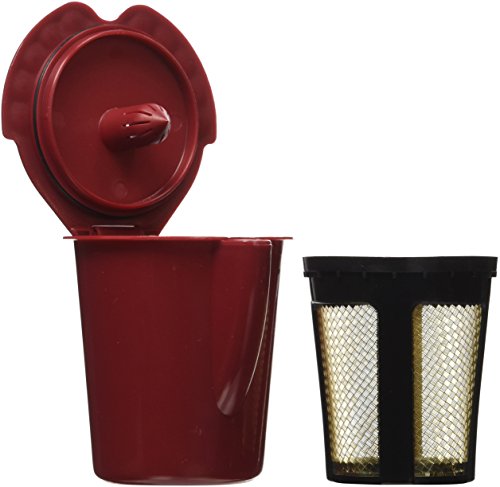 A really good idea if you ever come up short finding genuine Vue pods!

There are others too, regardless of which you choose, be sure the refillable filter cup is labeled as Vue compatible as this is not one line that is easy to hack (some people have attempted, but some of them were sorry later on.) IMHO, I feel it is a little unfair to give an appliance a poor review or rating for an accessory being harder to locate or only compatible with a certain accessory. You would not have a negative opinion of a certain blu-ray player for not accepting standard DVDs right?

So if you have an existing Vue (and it still runs like a top?) I hope this post has given you some idea on how to better locate those elusive pods and accessories that will be compatible so you can keep on using your Vue as much as you want or need. Your best bet is probably going to be online if you cannot find these items locally. Altogether, the Keurig Vue series is awesome and I wish there were more of them on the market!

Good luck! Do you have a Keurig Vue series brewer and love it? Are you seeking additional parts for it?  Please share your thoughts below!

10 thoughts on “The Keurig Vue Series: Discontinued But Still a Great Deal”