My Keurig vs French Press Compared: Who Wins?

Hi all, you know I love pod brewers, but know they have their differences which I painstakingly highlight in my many reviews here. If you’ve been here awhile, you can see I have presented a lot of different options.

Well let’s talk about my own experience, shall we? I stumbled into an opportunity to test a new French press. For what it’s worth, I also have a Keurig. I have a K10 Mini,  for two years. I’ve had nothing but faithful service from it – never a hiccup.

Of course, I take good care of it – regular descaling and keeping it clean. But if it croaked tomorrow, I’m pretty sure I would replace it with a similar model. Nonetheless, you may have heard other coffee experts talking about using a French press, another unique coffee brewing apparatus, and apparently it’s pretty popular.

This article by another coffee enthusiast talks in-depth about the many benefits of French press coffee, including taste, performance and health benefits too!

So you may be left thinking, can a Keurig pod brewer perform as well as a French press or vice versa?Now let’s look at both of them objectively.

How Does a French Press Work Exactly?

A French press; also known as a press pot, kind of resembles a lab beaker in appearance :). Inside is a metal rod shaped piece that holds a mesh screen and plate . You put your grounds in the beaker and add hot water and let it extract for awhile…then by pushing the plate/screen to the bottom, you separate the grounds, leaving fresh brewed coffee ready to go.

This one is made of borosilicate glass (and I presume many of them are made this way as well) which is supposed to be strong, durable, and more easily withstand stress and thermal expansion. I made coffee using water at a temp of about 185-195 degrees F which is the most recommended temp range for optimal brewing.

This Faithful Keurig User Has a New French Press Too!

Disclaimer: This is a product I received for test and review purposes, but my opinions expressed here would remain as is and are strictly my own.

Anyway, back to my French press – it was made by Kitchen Hero…it had a great little bundle that also included a few extra filters and a large spoon. This press is 34 oz and 1 liter in size, which I guess-timated would make about 2 to 3 cups. I also used two and a half tablespoons of grounds. ….I used a candy thermometer to get the right range 🙂

Now, as per instruction, I let the mixture set. This is crucial. If you plan on using a French press, you need to allow for a few minutes of steeping. About 5-6 minutes later, I pushed the plunger down to dispense my fresh coffee.

French Press Coffee vs. That Of My Keurig

I feel like both taste great….Now I do tend to choose the pod flavors that are dark roasts (my favorite) so I could be a little biased there, but I don’t notice anything with glaring differences as far as coffee made from each goes. It is mainly the process that is different.

Some people who are more dedicated French press users feel that the taste is richer. It could be due to the timed ground extraction making the flavor better, as opposed to how my Keurig pod brewer works, extraction is a quick burst. Some Keurigs (but not all) will allow you to change the temperature setting within a certain range. If you want to make French press coffee regularly you will have the advantage of knowing exactly how hot the water will be because you’ll be able to keep tabs on it on the stove via a teakettle and a thermometer. It is true that temperature does affect extraction quality to some extent.

For the record, I put a splash of creamer and two sweetener packets in both – but that’s how I usually do it.The topping off part, anyway.

I like having the best of both worlds.(and nothing wrong with that too-I like to diversify my coffee experience!) but let’s say your budget is a factor.

My Keurig was in the neighborhood of around $100 which is pretty close to average and some models that are bigger and also include a water tank which mine doesn’t, exceed that amount in price on average. On the other hand, a French press can set you back very little – between $20-$30. 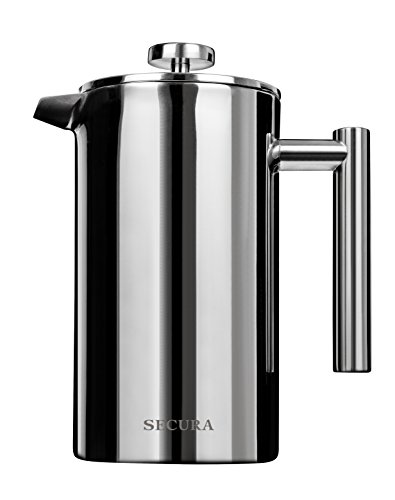 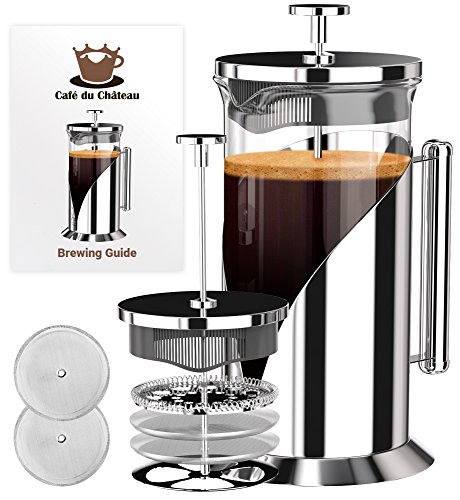 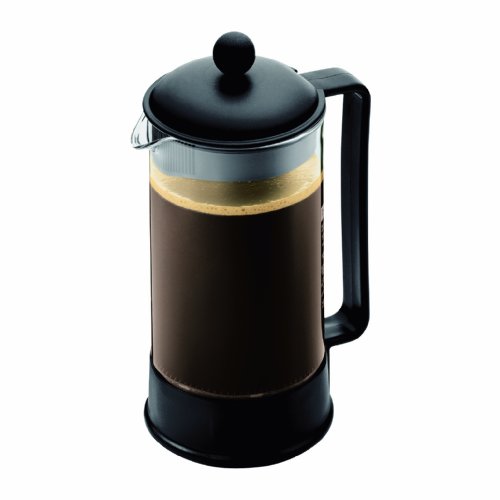 That’s quite a difference there! Of course, one reason being, it’s portable ( you can easily pack it up and take it on trips) and a tool that doesn’t need to be plugged in (of course you’ll need to be near a heat outlet to put it to use.)

I’d strongly encourage you to consider a French press for evening or weekend brewing. But if you’re trying to get out the door in the morning with your cup in hand -well, it may be out of the question. A Keurig brewer (especially a model that you can program to start at X time) is going to be a better bet for those rushed early days!

Secondly you can also use your French press to froth milk. I’ve heard of other people doing this and say it works like a charm.

Pod Brewers Are Expedient, and Have Multiple Uses

A pod brewer has an added advantage of being able to dispense hot water for food items too. Whether you’re trying to prepare soup, ramen, jello, or tea (in a strainer bag – not actual pod tea flavors) you’ll have it on demand when needed. One other pod brewer specialty is the ability to get hot water for food items.

You can brew loose tea leaves (instead of having to use a separate leaf strainer) using a French press;  since tea needs to be steeped, it works well on both levels. You can let it steep as long as you want and press down the screen to separate the leaves from the tea before dispensing.

When I make tea using my K10, after it dispenses I cover my mug for a few minutes and just let it steep a little for better flavor – so that’s another thing they stand toe to toe on.

So…to recap, French press…great on price tag, brewing tea leaves, frothing milk, and getting longer extraction times. Unfortunately, the Kitchen Hero model appears to be out of stock, but I am providing some other excellent presses with strong ratings.

Keurig and pod….Great for quick brewing, dispensing hot water, and depending on the model you choose you can alter things like water temp and extraction speed (especially if you select a model with a pulse setting which takes a little longer but creates a little bit richer taste overall.)

So both have great advantages, and I’m glad they are a part of my kitchen repertoire!

Learn How To Clean A Mini Keurig Brewer Like A Boss!325 Total Shares