The Scoop on Keurig K-Cup Soup

So, some interesting news articles have come my way, and I have news…maybe not brand-new, but news, nevertheless…Fresh-brewed soups made to go in your single cup brewer have hit the marketplace.

Now you can take that one-cup convenience one step further in the form of soup-all you do is pop a Kcup containing condensed soup bouillon into your brewer just like your other hot beverages!

Two flavors hit the market.. Campbell Keurig K-cups : a homestyle chicken noodle and a Southwest-inspired noodle version; I decided to try out the former.

♥Not that crazy an idea at all, I say. After all, we use our Keurigs for the hot water on demand to make ramen noodles. So why not hot soup in general? After all the recipe is surprisingly simple :-)♥

Keurig K-Cup Soup at a Glance

In a nutshell, each box contains 6 or 8 K-cups which contain a bouillon powder mixture and a packet containing the noodles and/or assorted dried veggies. You empty the veggie packet into your awaiting empty mug and insert a K-cup and select the 8-oz setting. After brewing, it’s best to let the noodles sit and steep a few minutes so they will not be raw tasting.

The Southwest variety contains corn, dry bell pepper pieces, and a chili-flavored base. Traditional Chicken does not actually contain dehydrated chicken that I could see – just veggies.

Here’s the data on the nutritional info for those keeping tabs: Calories…70, Sodium…750 mg, Total carbs…10g Monosodium glutamate is one of the ingredients listed, just fyi. Not too much of a shocker;  canned soups do tend to be high in sodium. What Was the Verdict on  the Keurig K-Cup Soup?

Keep your expectations in check. It was easy to prepare and a nice pick-me-up. It is not meant to take the place of a hearty lunch special at Olive Garden. Kind of why pre-packaged foods are so popular –They’re convenient, budget-friendly, and get the job done between meals-which is a factor over salt content or nutrition.

⇒If you do try them out, be sure to perform a K cup-less hot water cycle rinse after a soup brew – this is recommended to “purge” any residue from the cup chamber; just as you would with the hot cocoa beverage, so the next time you make coffee, it won’t taste like chicken bouillion -just a word to the wise.

Where to Buy Them?

You can get these chicken soup K cups (and possibly some other flavor varieties) at your local grocery, but if the place you shop at is very provincial it may not be as likely or it may take longer. If you shop online you may open the door to greater flavor variety selection and quantity size options.

UPDATE: As of April 2016 the Campbell Keurig k-cups have been discontinued. I gathered from several news reports that it wasn’t selling as well as anticipated. More info on this story can be found here:Why Campbell discontinued its K-cup soups line

Sorry to have to report that you can’t get these soups anymore; it’s a bummer.

However, I do want to mention that a product you may already be familiar with that everyone is raving about -bone broth – has become available in k-cup pod form. You may want to check them out. Most people who tried them enjoyed them but do want to point out that they didn’t always work well in every model of brewer. 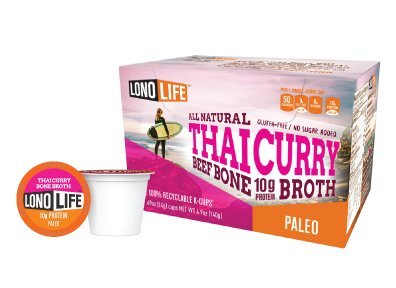 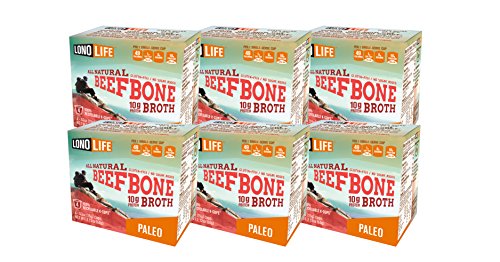 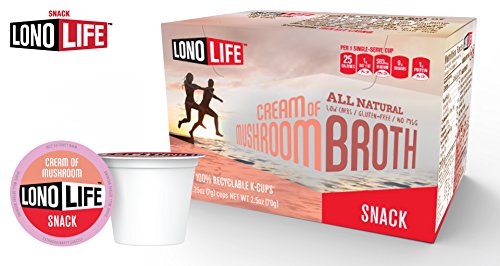 ◊If you have any thoughts or comments to share on Keurig k cup soup, they are welcomed! Have you tried any yet, and what did you think?◊