Are K-Cups Really That Bad for the Environment?

In the midst of your shopping journey, do you ever notice the ever-increasing eco-awareness surrounding the perceived “horrors” of the K cup? Some of it is almost militant- like: posts that have the hashtag “Kill the KCup” before them (even a film spoof by that name!)

Even a certain metropolitan city in Germany has illegalized them. But all the negativity aside, are they really that bad? Do they really contribute to that overwhelming mass of landfill clutter?


Are K-Cups All That “Eco-Unfriendly”?

Well, yes and no. and I’ll explain both sides. I’m not the throwaway type by any stretch: hey I take the recycling bin to the curb right alongside the dumpster just like the best of them:)

First off, what are K-Cups made of exactly? Plastic right? Plastic and aluminum, constituents of #7. Pretty much anything you buy with packaging has the “3 arrow” symbol on it near the bottom with a number next to it. That number is meant to help people who regularly use sorting bins in the home.

At local recycling centers, there are also these bins that have the same corresponding numbers on them which makes life easier for the people working there who have to determine where everything needs to go.

Can you Recycle K-Cups at all?

Yes, but it involves more work than most of us coffee drinkers want to commit to! The assembly of the cup itself is part of the problem more than the materials. K-Cup pods are designed with a little intricacy – the cup, the inner filter, and the aluminum foil protective cover. The inner filter is fused to the plastic cup and the foil lid is affixed as such.

Once you emptied out the used grounds (biodegradable, by the way) you could drop the k-cup right in its respective bin; if only you didn’t have to remove that pesky inner liner.  That’s a tedious job and you may be thinking, “So much for single cup convenience if I have to do that” right??

As of late, a special K-cup cutter tool has been developed to make this easier – read the full story here 🙂

Oh, I almost forgot about that aluminum foil cover which is hard to classify in terms of sorting. Remember that machines that sort recyclables are not totally foolproof and even with the best attempt some of the foil or the liner remaining could trip it up and cause problems.

Refillable K-Cups Are Better For the Environment

If you want to have your cake and eat it too, you can make the switch to the refillable K-Cups instead. There are lots of brands to choose from and different types to fit with different brewers.

The main reason the refillable K-cups took off like they did in terms of popularity is their design and execution lets you stay in the good graces of the eco-aware movement. (And not to mention, they save you money too!) 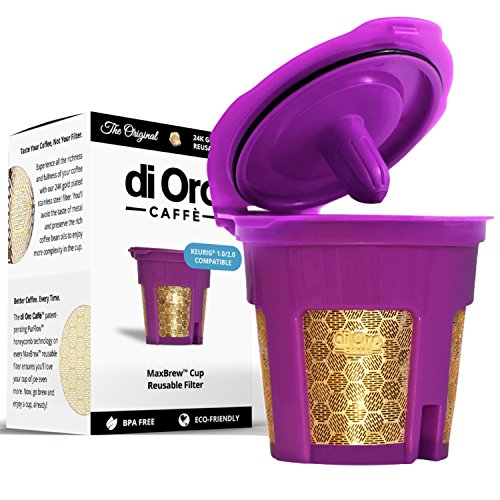 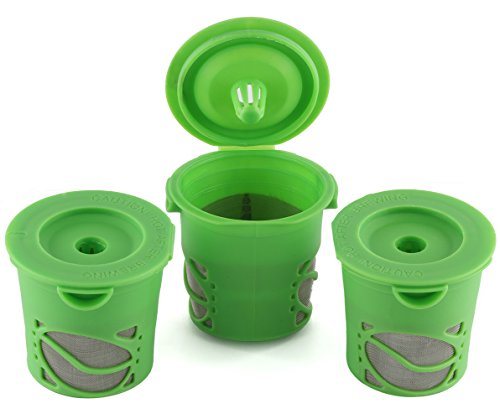 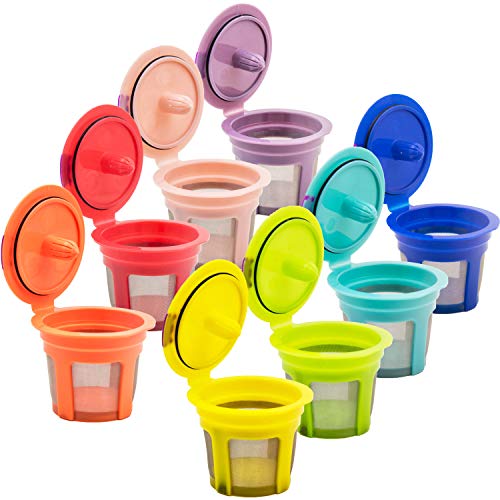 If you prefer buying coffee by the pound it’ll go a good bit farther depending on how much you use; latest I heard the amount of grounds in each K-cup is about 11 grams so just factor that into your coffee ground batch’s standard measurement.

Used grounds are something easy to be rid of and they make good compost if you drop them into flowerpots or your pile in progress. With these advantages, it is easy to see why the reusables outpace their pre-filled pod cousins – it just makes “cents”!

Look For a Brewer With Recyclable K-Cup Options

Did you know there are a few brewer models that do accept pods that can be recycled? I’ve gotten to try out a few lately and I must say they exceeded my expectations. They also include the 2.0 series. At the present time, the respective pods for the Keurig Vue series are fully recyclable.

In addition, the K-Carafe and K-Mug pods are composed of the #5 material. These all have the kind of foil lid that can be easily peeled off with a tab on one side, which is different from the 1.0 standard in which the foil does not actually have a way to peel off. They are compatible with: the Keurig K250, the K475, and the K575.

There is also a mail-in option for users of these pods who may not have access to a nearby recycling center.

Check Into a Pod Brewer That Doesn’t Need K-Cups!

Hey java junkies, there is a good selection of brewers made for one cup brewing that K-Cups are strictly optional or not even compatible. Don’t give up and think that the convenience people talk about is too good to be true because it is not!

Have your coffee and drink it too with a single cup brewer that uses sachets or loose grounds in place of K-cups; mainly via the addition of a permafilter inside the brew chamber. 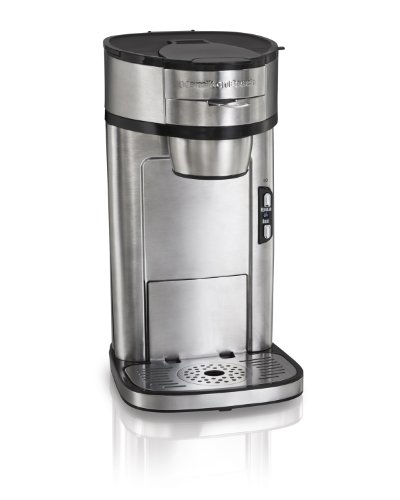 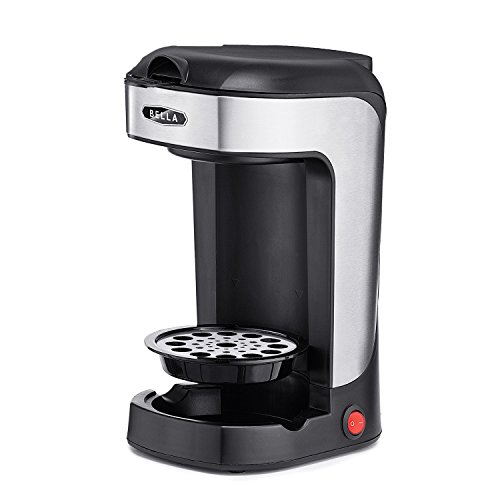 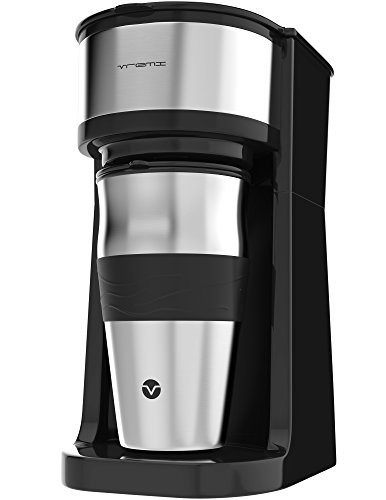 Check out the lineup of brewers that you don’t need pods for! You can use you own grounds and cleanup is easy-peasy. If you are into eco-supportive endeavors such as composting, then this may be what you have been waiting for.

Change is “Brewing” (No Pun Intended!)

Keurig Green Mountain is a watchful embodiment of the RHS (Restriction of Hazardous Substances) directive that limits the output of toxic materials; one example would be product recycling centers in which no longer serviceable brewers are offloaded into reusable material, thus kept out of landfills.

With that, there’s awareness on the K-cup side too. They are proposing that all K-cups will finally be recyclable by the year 2020. Not just the ones I mentioned earlier, either!

The target goal for Keurig is to make ALL the K-cups from polypropylene #5 plastic which has passed the brewing tests well. The reason it’s taking longer than expected to reach this target goal of recyclable K-cups is that there are goals within a goal to reach.

The proposed cups must have the ability to withstand heat, pressure in the chamber itself, be easily punctured when in operation mode, and meet quota for manufacturing standards, and then there’s that ever-important need to be able to make this model sync up with all the brewer models.

So there you have it, something is brewing in the sustainability department, but you don’t have to give up the pod convenience! Until then; consider the suggestions I have mentioned in this post.

Well, some of that “sustainability” talk may be more than you were wanting to know, but I think all loyal Keurig users can rest assured that the company is planning to make good on its promise for a fully recyclable K-cup. As they say about ancient Rome, Keurig and the K-cup was not built in a day.

So what are YOUR thoughts on the whole k-cups and the environment issue? Drop me a line in the comments and let’s hear your input!

How Bad are K-Cups For the Environment?

Plans to make the K-Cup fully recyclable by 2020

Learn How To Clean A Mini Keurig Brewer Like A Boss!326 Total Shares